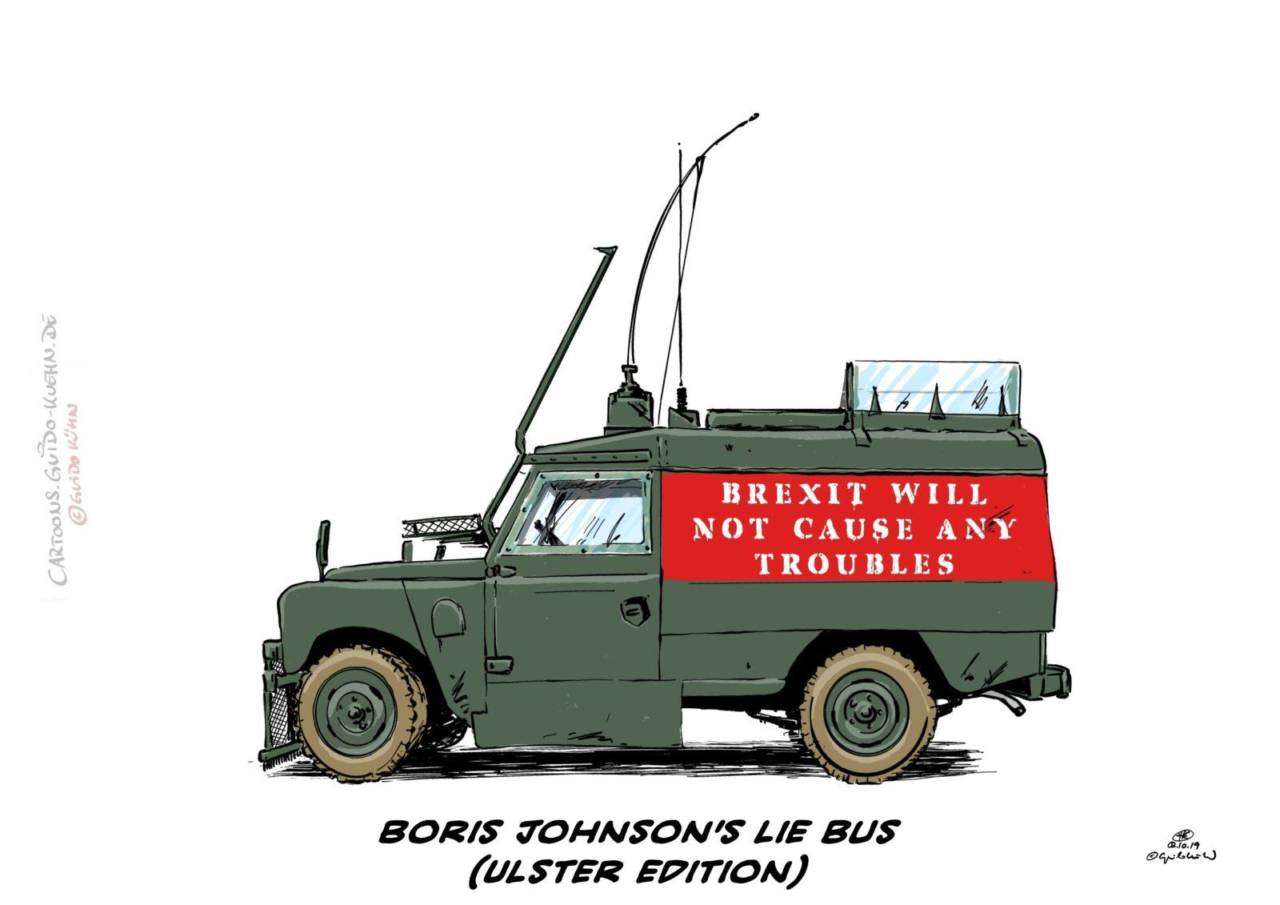 Boris Johnson’s lie bus (Ulster edition) tells everyone the happy message, that there will be no troubles with Brexit in Northern Ireland. Yet he told again contradicting the good friday treaty the BBC that border controls between the Republic of Ireland and Northern will be a just natural reality after Brexit (1). International media such as the German DIE ZEIT are questioning wether or not Boris Johnson is willing to end the peace in Northern Ireland as a price for a Brexit (2). A concern which is obviously strong enough, which is even strong enough, to allow the Americans to express themselves on the question of the good friday treaty with a resolution affirming the agreement (3).